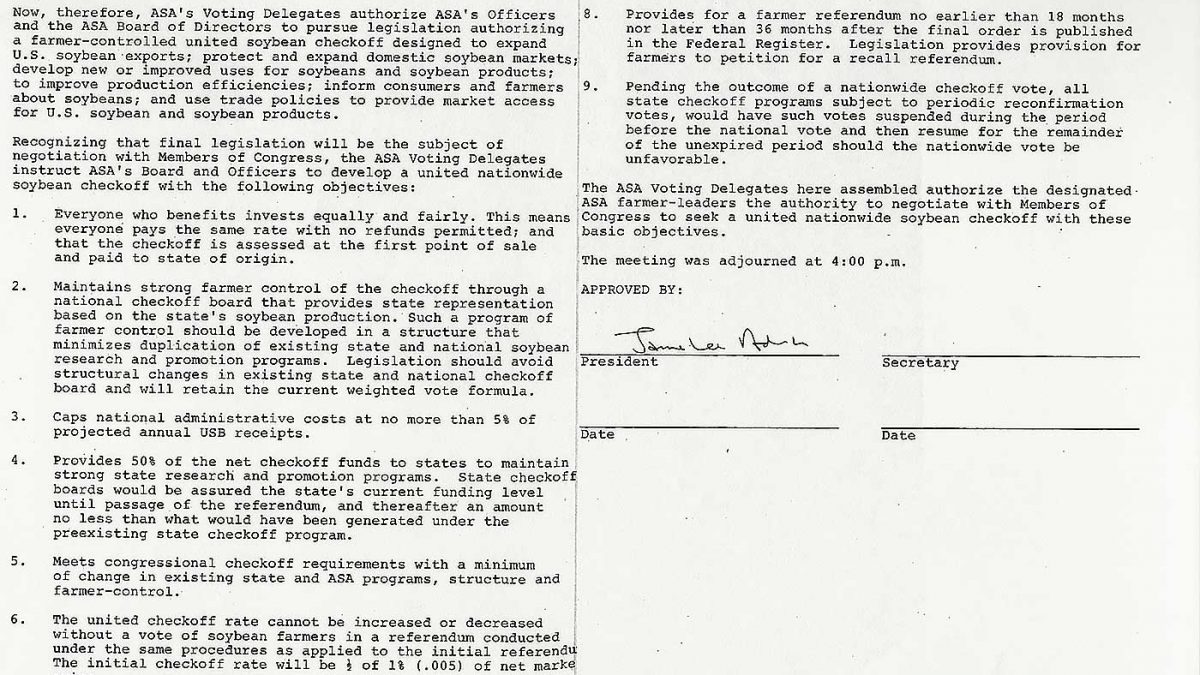 This shows minutes of the special meeting of the ASA Voting Delegates when a resolution was approved to pursue a national soybean checkoff.

A special meeting of the ASA Voting Delegates was held on March 3, 1989 in St. Louis, Mo., to discuss a resolution to work toward a national Soybean Promotion and Research Checkoff (SPARC). The resolution was approved to pursue legislation authorizing a farmer-controlled national soybean checkoff. The national checkoff would designate that one-half of one percent on the sale of every bushel of soybeans go toward market promotion, research and industry education. After the vote of support for the resolution, ASA and state soybean association leaders started a focused campaign to get legislative approval for a national checkoff.