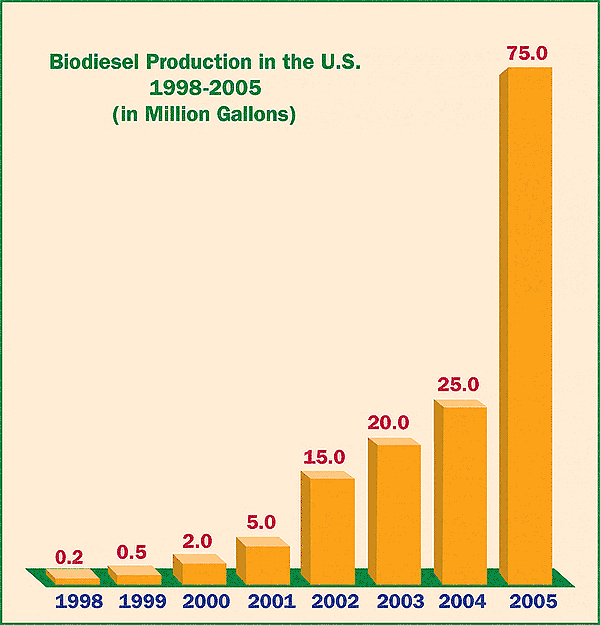 Biodiesel production in the United States spiked dramatically the year following the 2004 passage of the first biodiesel tax incentive.

It was a landmark victory for ASA and the National Biodiesel Board when legislation creating the first biodiesel tax incentive was passed by Congress and signed into law by President George W. Bush in October 2004. Thousands of ASA members and industry leaders worked to get the legislation passed. It provided a two-year incentive, structured as a federal excise tax credit amounting to a penny per percentage point of biodiesel blended with petroleum diesel.