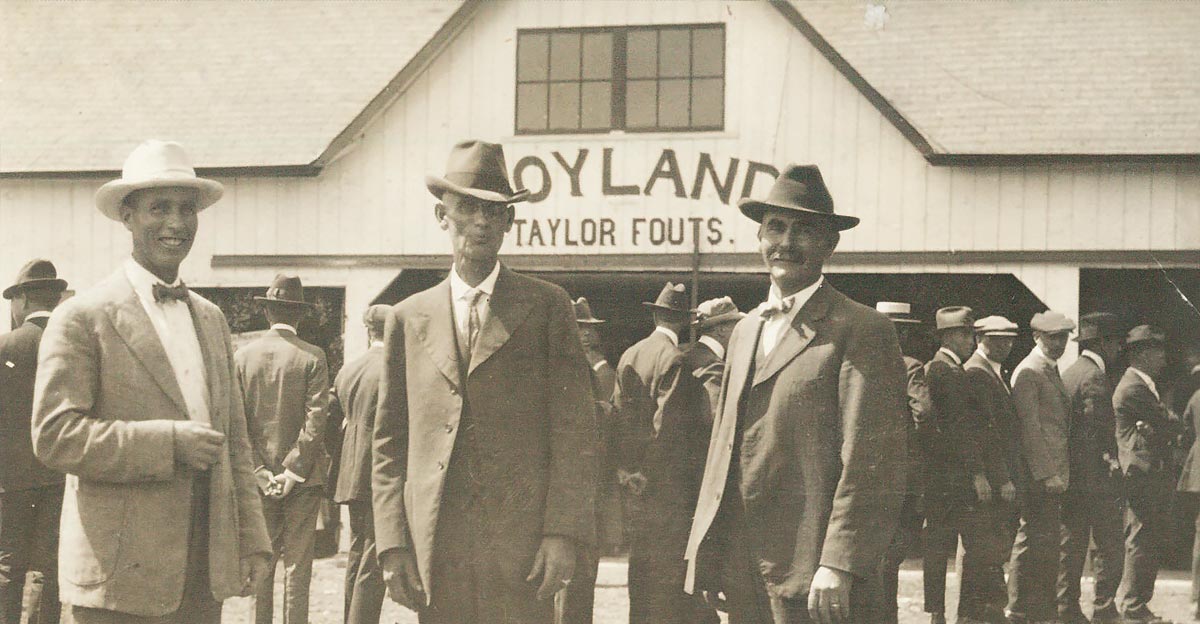 From the left are Soyland Farm owners Taylor, Finis, and Noah Fouts of Camden, Indiana, as they hosted the First Corn Belt Soybean Field Day on September 3, 1920.

The “First Corn Belt Soybean Field Day” was held on September 3, 1920 in Camden, Indiana. It was hosted at Soyland Farms, owned by brothers and pioneer soybean growers Taylor, Finis, and Noah Fouts, and organized with the backing of the Indiana Agricultural Experiment Station and the Extension Service at Purdue University in West Lafayette, Indiana.

In addition to field tours, there was a program of soybean production and marketing talks by staff from several extension services and universities, the U.S. Department of Agriculture, and prominent soybean farmers. Following the program, the growers in attendance determined that a specific organization was needed to help promote and develop soybean production and utilization in America. That day, growers founded the National Soybean Growers’ Association (later to be renamed American Soybean Association) and Taylor Fouts was elected its first president.